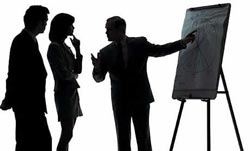 There are various types of franchises that entrepreneurs can start up with including fast food chains, service stations, or insurance companies. A start-up franchise is offered in two formats. The first one is that a franchise can be a completely new business idea that permits the owner or owners to start up a franchise in more than a few markets. These types of franchise may consist of a long business record of accomplishment in the international market but will not have an established record in the local market. The second type of entrepreneur franchise is the one that has a good record of accomplishment domestically, but will be newly introduced in the international market. In both the types there is one common goal that is being achieved and that is the introduction and establishment of franchises in the new segment of consumer market.

One of the key factors that need to be kept in mind while purchasing a franchise is to keep a good knowledge of the money a person owns and the amount of money that he can invest in the business. The ideal location of the business and the attributes of the consumers living, residing, or visiting that particular area also needed to be investigated before the establishment of the business. The entrepreneurs that are already running a franchise or have purchased a franchise at any point in time have been engaged in the buying and selling of franchises in a flawless manner, e.g. a franchise owner might change his mind about the running business and end up selling the franchise to a new owner. Since, the sold franchise is operational, the new owner will not have to investigate about the location or the process of hiring new staff and training them, he needs to neither worry about building a customer value nor do ant tasks that are usually attached to the starting of a new business.

However, the change of the owner might bring some changes in the franchise e.g. the owner might introduce discount coupons for the customers or give some special incentives to them to increase customer loyalty and customer satisfaction.

Why Investing In A Franchise Is A Smart Financial Move

Franchising and Benefits of Franchise Ownership

The licensing arrangement in a business where distribution of product or services can be done through registered dealers is known as “franchising”, the owner...