The Andoks Franchise started out as a small outlet located in Baler Street corner West Avenue in Quezon City in 1985.  They originally started out in the business of primarily selling “litson manok” or roasted chicken but overtime, they’ve included additional products complimenting their now famous litson manok.

Their first store officially opened in July of 2002 in Mabolo and Mactan Cebu.  In 2 years time afterwards, they’ve grown to eleven more outlets all located along major areas in Cebu.

They continued to grow into several more stores and to date, the Andoks Franchise already has more than 60 dine-in stores nationwide. 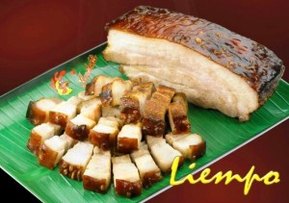 They are now offering their product for franchise to people looking for an additional source of income.

The Andoks Franchise is offering two type of packages, the Take-out and the Dine-in, with both offering their famous roasted chicken.

The franchise fee for the Take-out package is around P300,000, while for the Dine-in package around P500,000.  Total investment will include the franchise fee plus cost of construction, equipment, furnishings and an initial working capital.

If you are interested in franchising Andok’s store, here are the following requirements:

The take-out store space requirement is approximately 40-50 square meters, while the dine-in store should at least be 200-250 square meters big.  Ideal store locations are on major thoroughfares including passenger terminals, community centers, malls, near markets, etc., or where there are high foot and vehicular traffic.

Send all the requirements to Andok’s Food Corporation through any of their contact details below.

Fried chicken has always been appealing to the taste of every Filipino especially the little kids. And if you venture into this kind of...