Netopia has begun as a private gaming room for techies way back in 1996. All they ever wanted was to compete with each other’s skills in the field of online gaming. In January 1997, the first shop was opened for public in Katipunan Quezon City. And right after that, it attracted customers, made them happy with their fast internet connection and service that they offered. Netopia’s aim is to bring internet related technology to their loyal and happy customers which they successfully delivered since then.

To date, Netopia serves about 1.5M customers every month. 76 company owned shops and 36 franchise branches that are located in big malls and anywhere there is huge traffic rate. This made Netopia the biggest internet café chain in the Philippines. Due to its wide network coverage and updated internet technology, it has attracted corporations and individuals alike to do the advertisements and training among other things for them. 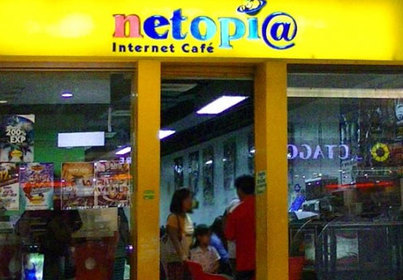 The right to use Netopia’s trademark name and logo, continued innovation of products and services offered benefit, use of Netopia’s online billing system,  training and technical support access, proven system of management use; are what a franchisee gets in availing Netopia Franchise.

Agreement is 3 years, advertising fund is 1% of gross sales.

Requirements in applying for a Netopia Franchise: letter of intent, detailed resume, proposed location map (complete with description, size, area, dimension, address), to be mailed to franchise@netopia.ph. Successful applicant will be called in for interview.

40 to 70 square meters will be the ideal location of the internet shop franchise; it should be located within an area with high pedestrian traffic, it would be an advantage if it has close proximity to schools and residential area.

If you need more information regarding the Netopia Franchise, contact them through any of the following details below:

Kalidad Vending: How to Start a Vending Machine Business