Husband and wife Ceferino (Mang Ferino) and Cristina (Aling Tinay) used to cook bibingka with 3 clay stoves on a very small spot with only 1 bench and a couple of small tables way back in 1938 at Juan Luna Street in Tondo, Manila. Back then, they only sold bibingka during the Christmas seasons when the delicacy is in demand for midnight church goers (simbang gabi). But after the war, Mang Ferino decided to improve and modify the bibingka they are selling and started to sell them all year round. Needless to say, Ferino’s Bibingka became renowned as well as the other snack items they offer such as: Ginataang Bilo Bilo with Inangit, Pandesal with Menudo, Palabok and Dinuguan at Puto. Every Filipino loves this authentic Pinoy snacks that are not only satisfying and fulfilling, affordable as well.

They got the chance to open its first branch in Manila Hotel in 1957 at Acacia Lane. After that, they started expanding from one place to another. The legacy passed on to their son in 1981, a few branches opened in Paranaque and Makati City until they opened its main store in Quezon City after the EDSA revolution. In 1990s, Ferino’s Bibingka had 10 branches in Metro Manila: SM Las Piñas, Harrison Plaza, Bel-Air in Makati City, SM Centerpoint, SM City North Edsa, SM Megamall, Salubungan Food Court of Duty Free, Times St. (West Avenue) in Quezon City, Baclaran, and 1 outlet located in USA (Shermanway corner Cold Water Canyon in North Hollywood, California). Currently, Ferino’s Bibingka has 15 branches scattered in Metro Manila, 8 of which are company owned.

In selected stores, these food items are served

This Franchise is open to qualified entrepreneurs who are willing to join a reputable brand name in the food industry. The franchisee must be driven to succeed and must have the interest in the food business. 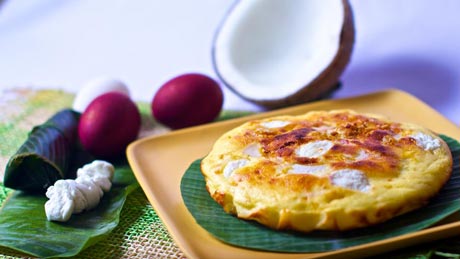 To know more about the franchise information and application steps, contact Ferino’s Bibingka at these details:

How to Start a Bibingkinitan Franchise

Bibingkinitan Franchise is one of the brands of Food Asia Corporation.  It was established last 2006 and has grown into one of the leaders...