We spoil ourselves in a lot of ways – some go to the salon to get their hair or nails done, some opt to have their body massaged and some prefer indulging their cravings in the way of a buffet. We can all admit that we all love to eat. Free flowing food and drinks are one of our wishes – to eat as much as we want on our cheat day.  Buffets have sprouted everywhere – most of them cater to breakfast, lunch and dinner. Some cater to cakes and snacks. It has grown and develop into something more.

It’s not surprising that a lot has been getting into franchising a Kamayan outlet. It is one of the 3 chains that the company Triple V own. Unlike Dads (Western Cuisine) and Saisaki (Japanese Cuisine), Kamayan focuses more on the Filipino Cuisine. They’re unparalleled in perfecting the food that they offer. It brings back memories of our childhood. The first Kamayan opened in August 1977. Unsurprisingly, it elevated the idea of the native restaurant from being a mere eatery to a place where there is adventurous native cuisine paired with the pleasures of fine dining.

Some of the foods that they offer are: 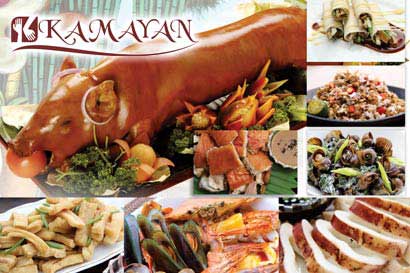 Currently, the have 5 branches scattered all over the big malls. They are the top name when it comes to serving genuine Filipino food. Kamayan Franchise outlet can never go wrong. For one, there’s the demand for good food. Second, buffets are well loved by the people. Return of investment is quick as you’re surely never to run out of costumers especially when it’s the holiday season.

Get your Kamayan Franchise now!

How to Start a Candy Corner Franchise

Candy Corner is the first outlet in the Philippines that offers customers the experience of choosing and combining their own selection of sweets from...