Pizza is always the answer whenever you haven’t grabbed anything for dinner or cooked something. It’s just a phone call away and it takes about half an hour for it to arrive. Once it’s there, your cravings will start to be satisfied starting from the first bite. Not a lot of pizza chains are that good, though. Some are just plain while some are just mind blowing.

Take Magoo’s Pizza Franchise for example. They have been in the market for quite a long time now. Close to 40 years, actually. That’s enough proof of just how successful they are. They know how the business is run and they’re doing a great job at it.

What sets them apart from the competition?

Maybe it’s because they bake their pizzas the old-fashioned way, in their brick-lined ovens. That fact alone gives the consumers the oil-free and deliciously crisp crust you love. Or perhaps it’s their square pizza presentation? It’s the cheese and fresh toppings that go all the way to the edges that makes every slice delectable.

Some of the pizzas on their menu are: 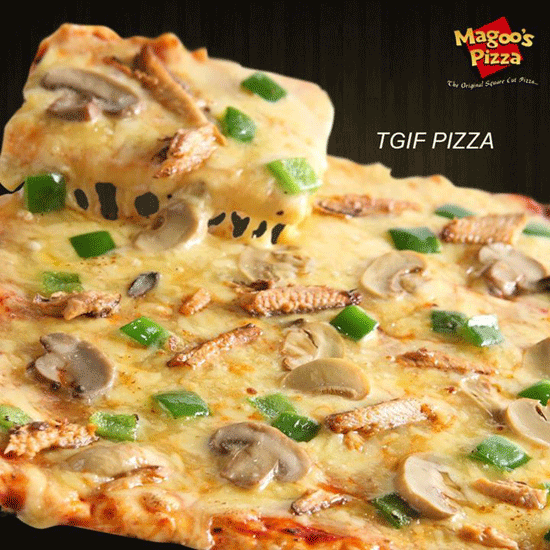 The Magoo’s Pizza Franchise is located everywhere. Some of their prominent braches are in:

They’re still the leader when it comes to pizza. Be a part of the Magoo’s Pizza Franchise now!

The humble beginning of this company is very inspiring. A couple who were looking into trying something new to try and serve people and...