Emerald Durian was born in 2006 in Davao by a couple at the time when they were having a hard time selling the extra durian fruits they were harvesting from their farms.  Their initial source of income was selling the durian fruits that are being harvested from 6000 durian trees on their 50 hectares farms but there were times that selling those much fruits were giving them a hard time and a lot goes to waste.  They then had an idea of using the extra durian to produce quality pastries and “pasalubong” goods.

Emerald Durian was inaugurated on June 14, 2006 and since then, became known for producing quality durian products in Davao.  They initially produced durian jams but now has over ten kinds of homemade goods and pastries.  Some of its products include durian filled pastries such as tarts, pastillas, empanada, hopia, polvoron, yema, cookies, cake, Brazo de Mercedes, roll, pie, pudding and buns.  They also offer other seasonal fruit-filled products such as pineapple, ube, macapuno and pumpkin.

They were given an Award of Excellence by Davao City’s Chamber of Commerce & Industry, Inc. for their Durian Jam for being one of the accredited brands of the Davao Branding Program and which also achieved the minimum criteria and qualifications for quality and safety standards.

The goal of Emerald Durian is for their products to not only be available in Mindanao but throughout the Philippines.  They are now offering franchise opportunities to those who are interested in distributing their products.  Their franchising system was developed with the help of RK Franchise Consultancy Inc.  They are also a proud member of the Filipino International Franchise Association (FIFA). 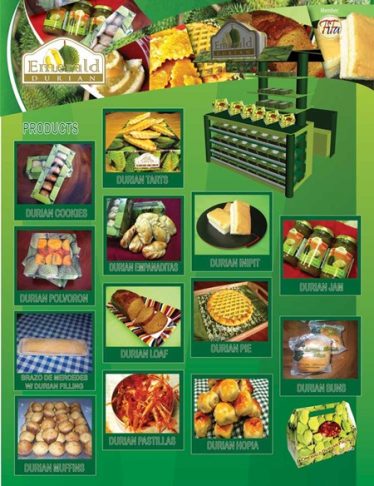 Above are the products by Emerald Durian 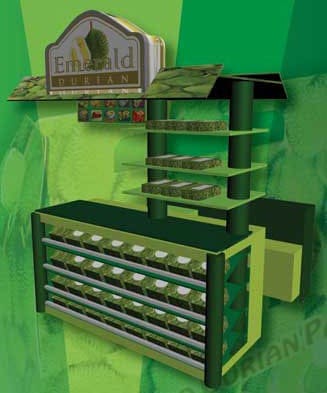 Above is an image of Emerald Durian’s Food Cart

Emerald Durian is offering two types of franchising packages.  They are:

How to Franchise Emerald Durian

A family business that started in Paco Manila in 2002, Miguelitos Ice Cream developed its own profile of formulation in soft – served ice...