Potato Corner is one of the first food carts in the Philippines that offered flavored french fries.  It is the brainchild of the Cinco Corporation, which launched its operations in the Philippines in 1992.  Potato corner has been one of the leaders in the food cart, kiosk and counter-type business here in the country.  Now with over 200 outlets nationwide with 70% of which are franchise operated, it’s still growing stronger than ever.  It also has expanded outside the Philippines and now has multiple branches abroad.

Potato Corner is a member of the Philippine Franchise Association (PFA), Philippine Chamber of Commerce and Industry, Philippine Marketing Association, GMB Franchise Developers, and the Philippine Retailers Association.  Their franchising system was developed by Francorp.  It has also been awarded Best Franchise of the Year for three straight years by PFA and the Department of Trade.

With multiple varieties of potato fries and flavors to choose from, customers would definitely keep coming back for more.

If you are interested in operating one, there are several Potato Corner franchise packages you can choose from.

For school canteen only 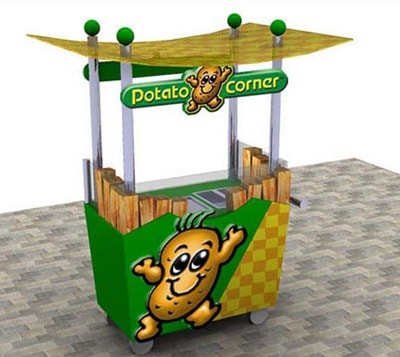 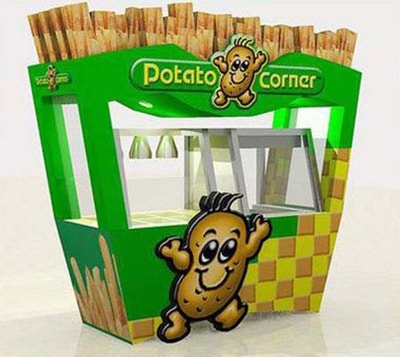 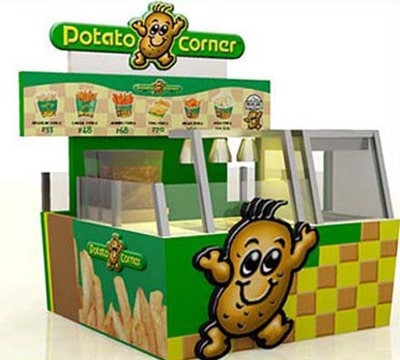 Kiosk Design with Roof and with Seating – 2 x 2 meters 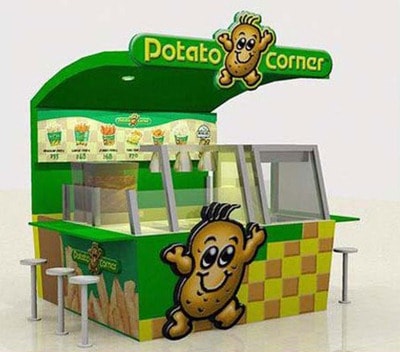 Kiosk Design without Roof and with Seating – 2 x 2 meters 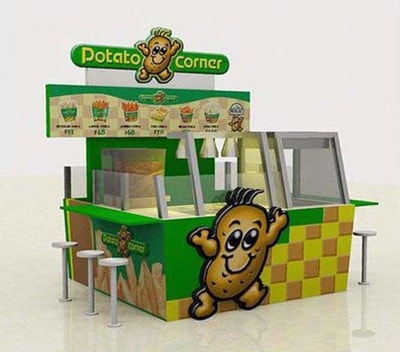 Hole in the Wall

Franchise Package Fee – P400,000 (may vary depending on the size of the proposed location) 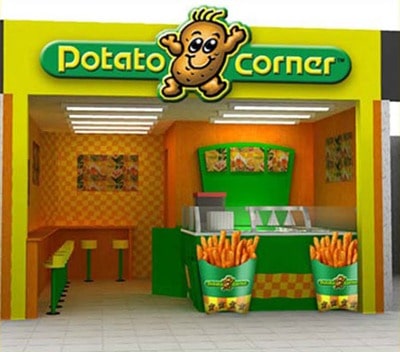 All Franchise Packages are inclusive of the following:

For more information about the Potato Corner food cart franchise and their other packages, you can contact them here:

*all the images above were taken from Potato Corner’s website

Patatas Pries Food Cart Franchise is one of the single food cart franchise packages being offered by Filtrepreneur Franchise, Inc.  It serves french fries with a...