In this fast paced world, it’s quite imperative that we should at least know a bit about technology. It’s not the way it was decades ago and it seems that it’s on track to change drastically in the years to come. Computers are a part of our daily lives. In 2008, it was reported that a billion computers are being used all around the world. In May 2013, there were more than 2 billion internet users worldwide. Over 70% of them use the Internet daily. The demand for Information Technology (IT) jobs is surging. Companies are looking for top notch employees and it’s an advantage to be knowledgeable because the jobs pay really well.

Computer Assisted Learning (CAL) franchises are starting to grow in the country. The demands to be met are abundant and they have taken advantage of this. The company was founded in Singapore in 1986. They have now established a network operating in 10 countries, with over 40 centers.  Before entering the country in 1996, there was hardly a computer school with a comprehensive program like theirs. They then teamed up with private and public schools in spreading computer literacy. Having computer classes in the school’s curriculum has made it learning easy and economical. That was the beginning of what would become a major ingredient in most of the country’s schools’ curriculum.

There are two types of Computer Assisted Learning (CAL) Franchise: 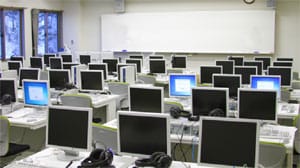 Benefits of having a Computer Assisted Learning (CAL) Franchise:

If you want more information regarding the Computer Assisted Learning (CAL) Franchise, you may get in touch with them through the following:

STI Colleges and Education is synonymous to success in the Information and Technology arena. STI franchising has also made a mark in Business Management,...