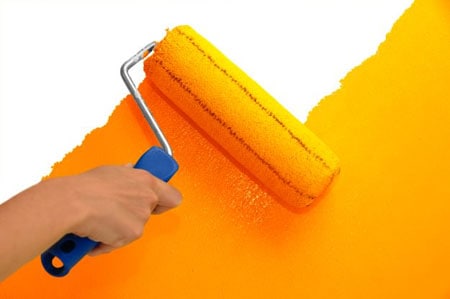 Imagine the coat of paint on your house’s wall exterior producing free electricity from the sun.  This energy that can be used to power your appliances and equipment inside.

Electricity has become a necessity since it was discovered. Producing electricity to power our homes and buildings become more and more expensive over time and because of this, alternative sources of energy is gaining popularity nowadays.  One of these sources is sun energy.

At the University of Notre Dame, a team of researchers are developing an inexpensive paint that can be used to generate electricity from the sun.  This research is headed by Prashant Kamat, John A. Zahm Professor of Science in Chemistry and Biochemistry and an investigator in Notre Dame’s Center for Nano Science and Technology.

The mixture is composed of nano sized power-producing particles of titanium dioxide which were coated with either cadmium sulfide or cadmium selenide and were suspended in a water-alcohol base to create a paste.

When this mixture is brushed over a transparent conducting material and then exposed to sunlight, it generates electricity.

Although it’s still in the initial stages of research and the light to energy conversion efficiency is still low, when fully developed and perfected can be made cheaply and in large quantities.  This can really make a difference as most of our structures today have large surfaces that are coated with paint.  Replacing the ordinary paint with this paintable solar cells can help supply the energy needs of the structure considerably.

Asia Is The Frontrunner In The Global NFT Mania

Do you love taking pictures of your food in a restaurant before eating? It's easy! Here's how to join: 1. Take a picture of your food...