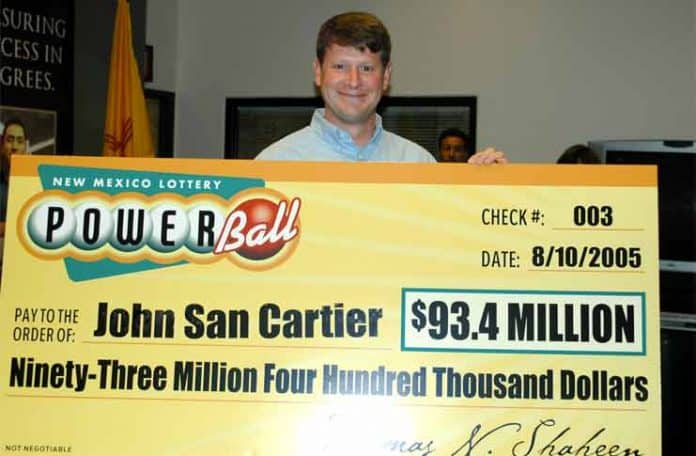 Everyone (Excluding the very rich and famous) has in some point of life, that dream of winning the big Lotto prize. Becoming a millionaire overnight, the easy way. I’m sure you’ve bought a Lotto ticket at least once in your life, but can you make money by buying a PCSO Lotto Franchise?

We’ll try our best to give you all the specs that can assist you in deciding if this Lotto outlet franchise (better known as a PCSO Lotto Agent) is a good business investment for you, or not. We’ll also give you the basics details about the requirements, how to apply and the PCSO lotto franchise cost.

PCSO stands for Philippine Charity Sweepstakes Office, which is a government-owned company. Since its run by the government, it leaves us less worries regarding the legalities of the business. However – you should be careful when trying to get a license, since there many scammers out there pretending to offer licenses of PCSO. In reality they are offering fake licenses. We recommend going directly to the PCSO to inquire about obtaining a license. It’s the safest way.

Is a Lotto Outlet Franchise a Bullet-Proof Business?

Well, over the years, owning a Lotto Franchise Business has pretty much proven to withstand even the worse economic times. Why you may ask? It’s very simple: During bad economic times, people actually look for hope anywhere they can find it, and the Lotto is definitely a great place to find hope.

Many Lotto Franchise owners claim that their sales remain stable during bad economic times. They also claim that investing in a PCSO lotto franchise business will probably mean getting your ROI in a shorter time than other types of franchises.

How Easy is it to obtain a PCSO Lotto License?

In short, it’s not. Obtaining a license to operate a PCSO lotto franchise has become harder in recent years.

Here’s the process of becoming a PSCO Agent:

1. First, a lotto agent must be Filipino and at least 21 years old. If you are, you’ll have to submit a letter of intent, with a location map and photos of the proposed site for your PSCO stand.

2. Then, PCSO will inspect your proposed site to evaluate potential sales and communication facilities in the area. Remember, the site for your PCSO stand must have significant foot traffic, it shouldn’t be prone to flooding, at least 100 meters away from schools, churches, and from other lotto outlets, and at least 5 meters away from pawnshops.

3. Next stage, PCSO will inform and instruct you to construct the lotto booth, and you’ll of course have to follow the PCSO’s strict requirements, such as colors, floor space, etc. The terminal itself will then be installed by the PCSO.

4. After installation of the terminal, you’ll have to pay the processing and installation fee. The surety bond will need to be paid to a PCSO-accredited insurance firm.

5. After paying the fees, you’ll be able to request for training to operate your PCSO lotto terminal. There’s a one-day training that covers basic operations, validation, and selling and fraud prevention, among others.

6. You’re almost there…Next you’ll have to go to PCSO’s main office in Mandaluyong City for outlet provisions. If you’re site is outside the National Capital Region you’ll have to pass requirements at your respective provincial district offices.

8. But, you’ll have to wait for the online activation…

As you can see, there’s quite a lot of work involved in becoming a PCSO lotto agent. Actually, only five to seven applicants are approved by the PCSO every week. However, once you’re in, you’ve probably entered one of the most resilient franchise businesses out there.

What is the PCSO Lotto Franchise Cost? Is there a Franchise Fee?

As for a Franchise Fee – there isn’t. Instead of a franchise fee, Agents who get approved will need to pay a P10,000 installation fee that goes to the telco carrier, as well as a processing fee of P1,700 which goes to the PCSO. Then, the agent will need to either post a cash bond of P500,000 or pay a surety bond of P5,795 (which is renewed every year).

How much money can I make from a PCSO Franchise?

One of the nice things about being a Lotto outlet franchise – is that the PCSO takes care of a lot of stuff for you, like the telecom fees, the terminal rental and service fees (hardware and software). They also provide you with the supply of betting slips and thermal rolls, free of charge. You won’t have to pay for any of these. You will of course need to pay for the rent of your space, electricity, staff wages, etc.

However – the PCSO does demand you to achieve the monthly sales quota, which lies between P300,00 to P600,000, depending on location, and other variables. You, as an agent – will get 5% of the sales as your commission.

Is that enough to become rich? Well that depends of course. If you find a great location with high foot-traffic, you might reach sales of more than 1M per month, maybe even more (who knows). Taking into account that you have little expenses, you will be making a nice income (the higher your sales – the higher your comission), which can of course be passive – if you have the right people working for you (read our article on how to become an absentee Franchise owner).

The Get Rich Secret: Not everyone knows this, but if you own a PCSO outlet and a winning bet comes from your stand – the PCSO will grant you a percentage of that winning bet, with a maximum of P500,000 (!). If you have a lucky charm on your side – you might get super rich ! 🙂

However, I wouldn’t count on the “Get Rich Secret” as a revenue stream. Instead, in order to make the most revenue out of your lotto outlet – we recommend selecting a great busy location with high foot-traffic. That’s the real secret…:-)

And for those who just want to win the Lotto, here’s an interesting video about “How to pick a winning Lottery Ticket”:

10 Best Side Businesses You Can Try This Year

Having their nails done is one of the favorite things women do to relax and unwind.  It helps them take their mind off things...