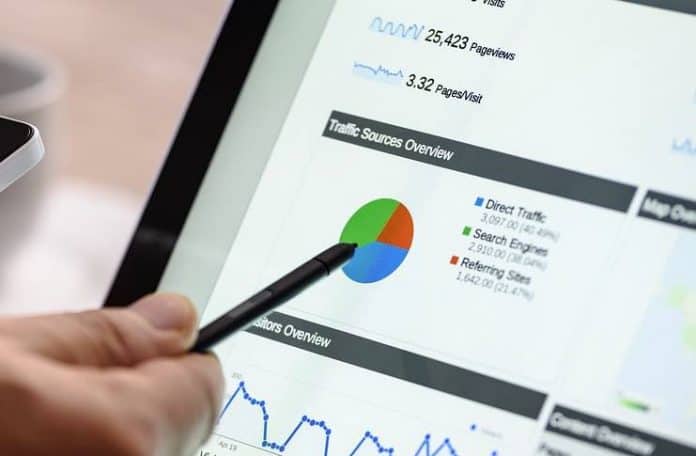 What is the new abbreviation DMP? Programmatic buying platform – these are market players who call themselves the Data Management Platforms in the world of Real-Time Bidding, just like the programmatic advertising platform.

The programmatic ad platform is a service that collects data from third-party sources, unifying and segmenting it. A consulting company conducted a study in which it was determined the position of DMP in high-tech marketing. During the study, 231 brand marketers or agencies were interviewed, 7% were publishers. Only specialists of the level of marketing director and higher participated as respondents.

Respondents named more than a dozen goals for which they turn to DMP, and the main ones, of course, are increasing ROI (64%), increasing the effectiveness of centralization, organizing and measuring their marketing efforts (60%) and getting a more accurate description of the target audience (55%). To the second question, “If you don’t use DMP, are you going to start in the next 12 months?” the researchers received the following data: only 33% of marketers are really going to resort to this technology in the coming year, 67% are satisfied with everything without using it. The three main reasons for refusing to use DMP were a lack of budget (53%), lack of resources for managing the technology within the company (38%) and, in general, not yet fully formed direction of digital marketing in the company (24%).

Among the most valuable opportunities offered by DMP, marketers identified analysis and research of the audience (28% and 27%), as well as retargeting (22%). Among the most popular features of technologies were the collection of the first-party data (63%), optimization of advertising campaigns (56%), and general compliance with the standards for the protection of personal data (54%). Horizontal integration (Social, Mobile, Display, Search) is more in demand – 62% of respondents voted positively – rather than vertical integration (DSP, DMP, Media Analytics). Most of the surveyed specialists consider search and social services as the most important and appropriate channels for promoting their company.

And own data is valued much higher than information received from third-party sources. As for the financial issue, the majority of respondents spend less than 10% of the advertising budget on working with data and managing it. The majority of respondents (64%) for more intensive audience targeting acquire data from third-party sources. Expenses for the purchase of such data over the past year increased in 46% of respondents. 54% reported that costs remained at the same level. In general, the amount of waste can be called quite modest. Only 17% of respondents and their clients spend more than $10,000 per month on data. The absolute majority spends less than $5,000 per month.

Marketers and agencies are ready to take advantage of a wider range of DMP capabilities, in addition to targeting. At present, the need for a cross-channel horizontally integrated platform to ensure the effective use of data in the search, social services, analytics, and Mobile. Respondents are aware of all the benefits of DMP but are often limited by the number of advertising budgets and the lack of necessary resources. However, the obvious fact is that marketing plays an increasingly prominent role in controlling technology budgets. Advertisers are interested in attracting the maximum amount of the target audience to their Internet resource, and for this purpose, they use various tools. One of them is cooperation with advertising networks. The advertising network serves as a link for advertisers and the system of advertising on the Internet, acting as an intermediary. The advertiser chooses a site for advertising, using thematic catalog or keywords. Customer advertisements appear on selected sites, and webmasters of these sites receive a certain percentage of funds under the terms of the advertising network (for display, transition, targeted action).

The resources included in the advertising network are carefully selected; the quality and information about site attendance are confirmed by an audit of the system so that customer publications are placed most efficiently. Most often, webmasters and resource owners do not search for advertisers on their own but rely on ad networks to monetize traffic.

Start Your Home Business: Make Your own Bath and Body Products

How To Start And Dominate Online Marketing (9 Steps)

There are 3 billion people online. This explains why marketing platforms have shifted to the digital world. Now more than ever, you need to...